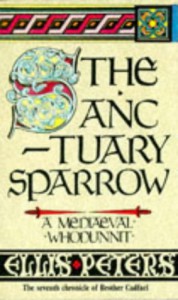 Liliwin, a wandering minstrel, is thrown out of Daniel Aurifaber's wedding feast after a jug is broken during his juggling act. Soon after, the groom's father is found senseless beside his empty money box. A lynch mob sets off after Liliwin, who claims sanctuary in the abbey. The next day, the Aurifaber's neighbour is found dead, and the ageing matriarch of their household has a seizure and dies soon after. The following day, the baddies make their escape taking the stolen gold and Rannilt - Liliwin's serving-girl friend - as hostage, but are stopped before the reach the Welsh border.