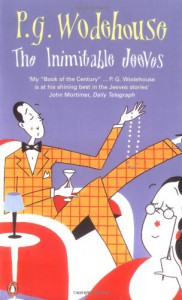 Since his first appearance in print in 1919, Jeeves has become synonymous with British tongue-in-cheek humor. Valet to bumbling aristocrat Bertie Wooster, Jeeves is continually helping his employer out of scrapes. In this debut novel, Wooster's lovesick pal Bingo Little decides to marry and enlists his friend's help. Luckily for Wooster, Jeeves comes to the rescue.