Recommended to Bettie☯ by: Laura
Recommended for: BBC Radio Listeners
Read from April 26 to 29, 2016 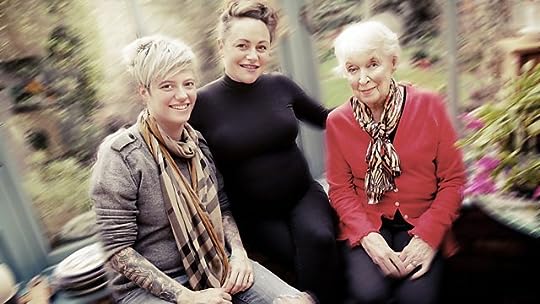 Description: Jack Monroe is an unusual food writer, gaining celebrity from her unique blog about existing on the breadline. During that time, she hit rock bottom but kept fighting to eat well and give her son proper food, rather than live on processed, cheap products. Now successful and no longer on the breadline, she continues to campaign passionately for decent food and standards of living.

This new drama, starring Jaime Winstone and June Whitfield, revisits her past and her relationship with her beloved Grandma.

Jack's blog started in 2012 after a Southend local councillor attacked single mothers. Jack lived in a small flat with her young son. Having been made redundant from a well-paid job, she found herself struggling to get by on benefits while applying unsuccessfully for jobs. Her blog documented the difficulties of living on welfare and, particularly, how to feed her son a nutritious and enjoyable diet on just £10 a week. It became a huge hit, Jack became a journalist, published food writer and social campaigner.

Episode 1: We find out why Grandma isn't talking to Jack and why soda bread is her favourite recipe.

Episode 2: Jack meets one of Southend's few on-off vegetarians, while her Grandma despairs of her granddaughter ever settling down.

Episode 4: Jack and Grandma clash, despite Jack's improving fortunes as her blog begins to earn her money.

Episode 5: Jack is nominated for the Fortnum and Mason Food and Drink Awards and invites her Grandma to be her guest.