The Senility of Vladimir P.: A Novel by Michael Honig 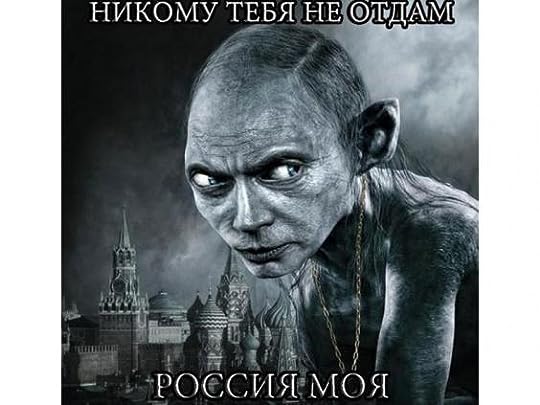 Description: Set twenty-odd years from now, it opens on Patient Number One—Vladimir Putin, largely forgotten in his presidential dacha, serviced by a small coterie of house staff, drifting in and out of his memories of the past. His nurse, charged with the twenty-four-hour care of his patient, is blissfully unaware that his colleagues are using their various positions to skim money, in extraordinarily creative ways, from the top of their employer’s seemingly inexhaustible riches.
But when a family tragedy means that the nurse suddenly needs to find a fantastical sum of money fast, the dacha’s chef lets him in on the secret world of backhanders and bribes going on around him, and opens his eyes to a brewing war between the staff and the new housekeeper, the ruthless new sheriff in town.

Opening: HE DIDN'T KNOW HOW long he had been sitting there. Could have been two hours. Could have been two years.
Suddenly a connection in this brain sparked to life and set off a chain of ignitions, like a momentary flickering of stars lighting up across a darkening, dying galaxy.

Damn. I wanted this to be amusing, or cutting edge journalism, or insightful satire, or poignant view of senility.

A dull diatribe invoking could it be / perhaps not characters, entirely without any compelling force. This should have been shit hot, firework of a read, instead it was a rained on pizzle of a sparkler.