The Comedians by Graham Greene 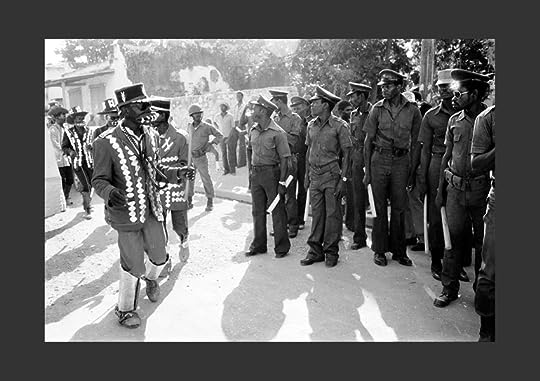 Description: Three men meet on a ship bound for Haiti, a world in the grip of the corrupt “Papa Doc” and the Tontons Macoute, his sinister secret police. Brown the hotelier, Smith the innocent American, and Jones the confidence man—these are the “comedians” of Greene’s title. Hiding behind their actors’ masks, they hesitate on the edge of life. They are men afraid of love, afraid of pain, afraid of fear itself...

Three men walk onto a ship - a Mr Brown, a Mr Smith, and a Mr Jones - this could be mistaken for a maritime Reservoir Dogs, yet a don't think Tarantino's gangsters could match up to the Tontons Macoute and rats as big as terriers. According to wiki, the Hotel Trianon setting in the book is based on Hotel Olaffson in Central Port au Prince: 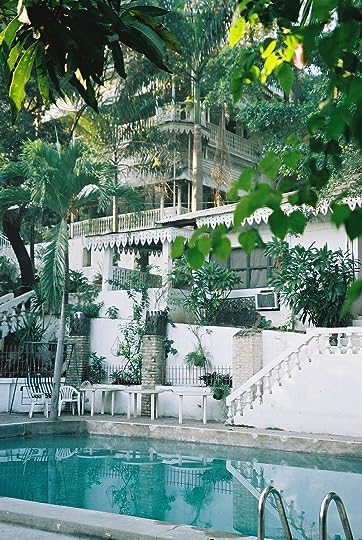 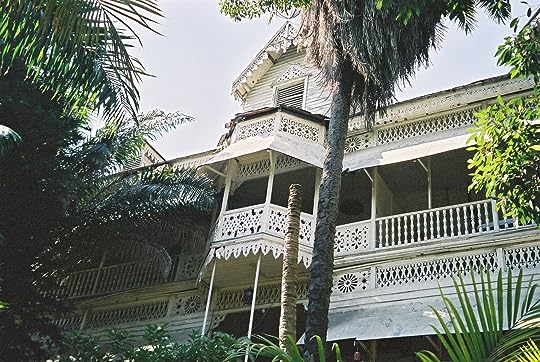 In his Ways of Escape, Greene wrote that the book "touched him [Duvalier] on the raw." Duvalier attacked The Comedians in the press. His Ministry of Foreign Affairs issued a brochure entitled, "Graham Greene Demasqué" (Finally Exposed). It described Greene as "A liar, a cretin, a stool-pigeon... unbalanced, sadistic, perverted... a perfect ignoramus... lying to his heart's content... the shame of proud and noble England... a spy... a drug addict... a torturer." ("The last epithet has always a little puzzled me," Greene confessed.) Source

There is a film I need to track down: Greene himself wrote the screenplay of his novel, and it stars Richard Burton and Elizabeth Taylor, Alec Guiness and Peter Usinov.