She-Wolves: The Women Who Ruled England Before Elizabeth by Helen Castor Read from September 12 to November 08, 2015
Description: When Edward VI - Henry VIII’s longed-for son - died in 1553, extraordinarily, there was no one left to claim the title King of England. For the first time, all the contenders for the crown were female.

In 1553, England was about to experience the ‘monstrous regiment’ - the unnatural rule - of a woman. But female rule in England also had a past. Four hundred years before Edward’s death, Matilda, daughter of Henry I and granddaughter of William the Conquerer, came tantalisingly close to securing her hold on the power of the crown. And between the 12th and the 15th centuries three more exceptional women - Eleanor of Aquitaine, Isabella of France, and Margaret of Anjou - discovered, as queens consort and dowager, how much was possible if the presumptions of male rule were not confronted so explicitly.

The stories of these women - told here in all their vivid humanity - illustrate the paradox which the female heirs to the Tudor throne had no choice but to negotiate. Man was the head of woman; and the king was the head of all. How, then, could a woman be king, how could royal power lie in female hands?

Opening: The boy in the bed was just fifteen years old. He had been handsome, perhaps even recently; but now his face was swollen and disfigured by disease, and by the treatments his doctors had prescribed in the attempt to ward off its ravages. Their failure could no longer be mistaken. The hollow grey eyes were ringed with red, and the livid skin, once fashionably translucent, was blotched with sores. The harrowing, bloody cough, which for months had been exhaustingly relentless, suddenly seemed more frightening still by its absence: each shallow breath now exacted a perceptible physical cost.

PART I: MATILDA: Lady of England 1102–1167: On 1 December 1135, another king of England lay dying. Not a boy but a man of nearly seventy, Henry I had ruled the English people for more than half his lifetime. A bull-like figure, stocky and powerfully muscular, Henry was a commanding leader, ‘the greatest of kings’, according to the chronicler Orderic Vitalis, who observed his rule admiringly from the cloisters of a Norman monastery.

A Surfeit of Lampreys 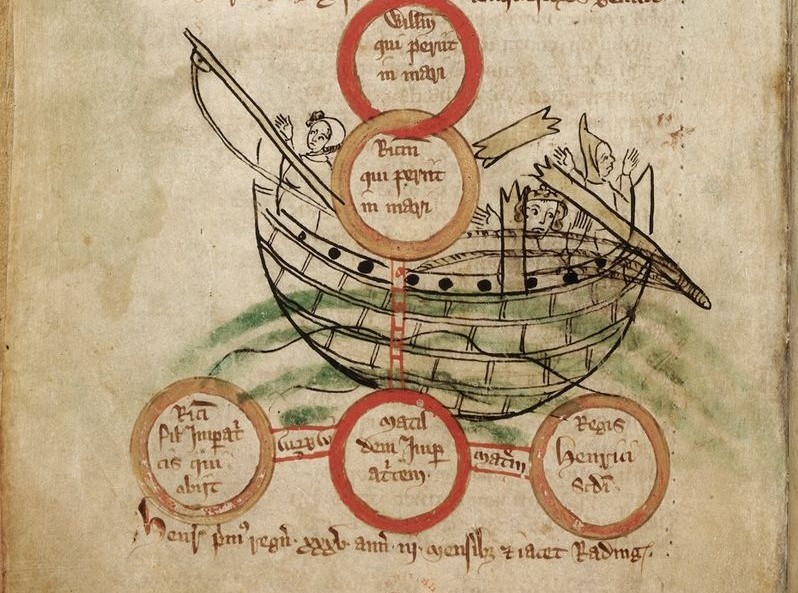 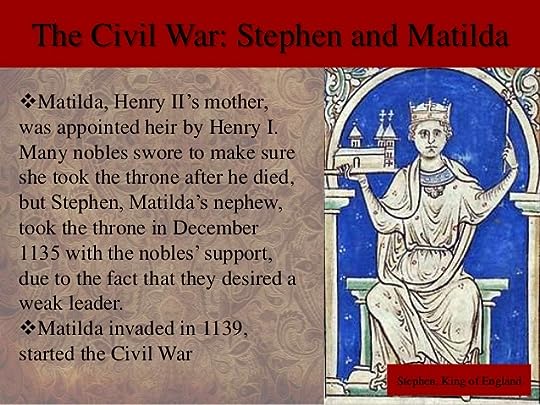 PART 2: ELEANOR: An Incomparable Woman 1124–1204: A casual observer at Henry II’s court in September 1166 might have been forgiven for thinking that Eleanor of Aquitaine was the most conventional of queens. A great heiress, famed for her beauty and her agile mind, she had brought her royal husband a rich inheritance that stretched from the green valleys of the Vienne river, where soft light danced on stately water as it flowed toward the Loire, to the foothills of the Pyrenees, where a stronger sun struck towering crags of granite and limestone. 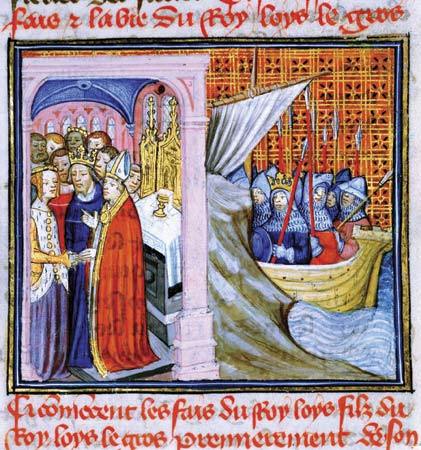 At left, a 14th-century representation of the wedding of Louis and Eleanor; at right, Louis leaving on Crusade. 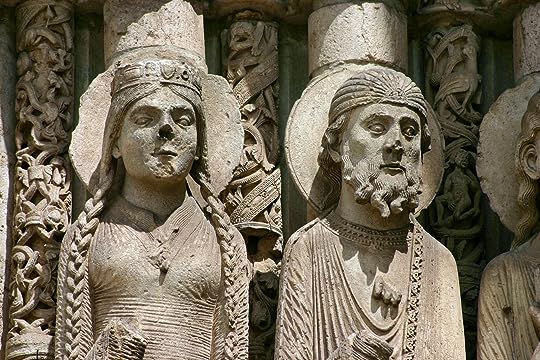 One of the most significant acts for political history was the divorce of Louis VII of France and Eleanor of Aquitaine in the 1150s. 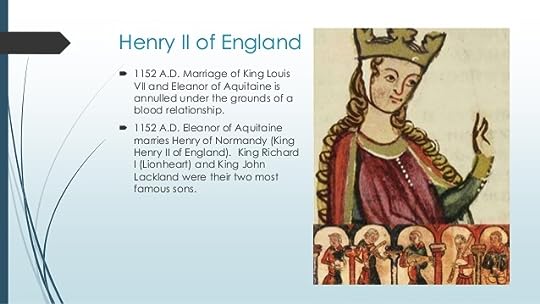 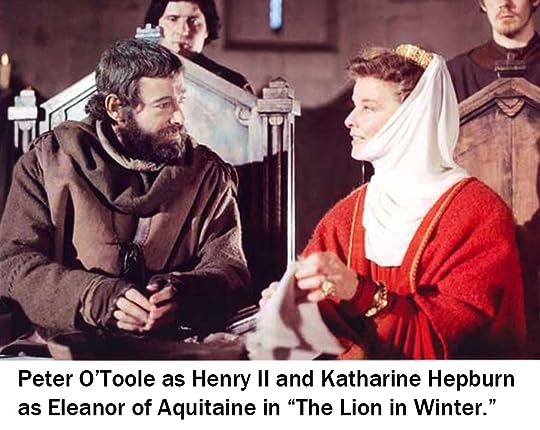 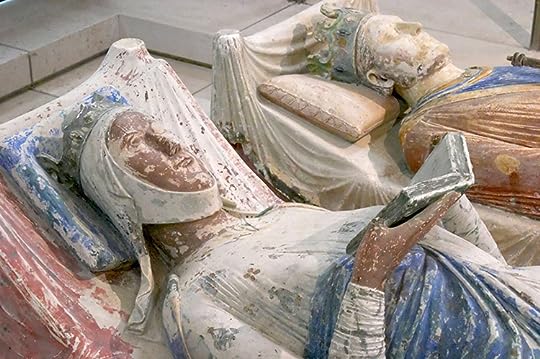 PART 3: ISABELLA: Iron Lady 1295–1358: It was a cold day in Boulogne, 25 January 1308, when two of Eleanor’s descendants met in the cathedral church of Our Lady to exchange their wedding vows. The bridegroom, King Edward II of England, great-grandson of Eleanor’s son John, was a tall and handsome figure, powerfully built and gorgeously dressed. 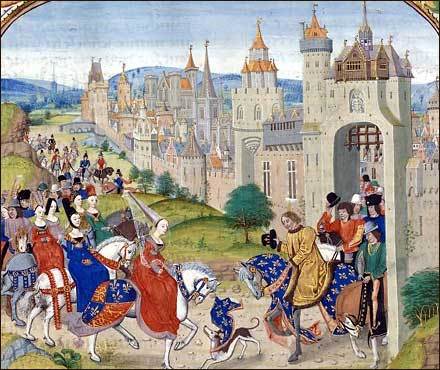 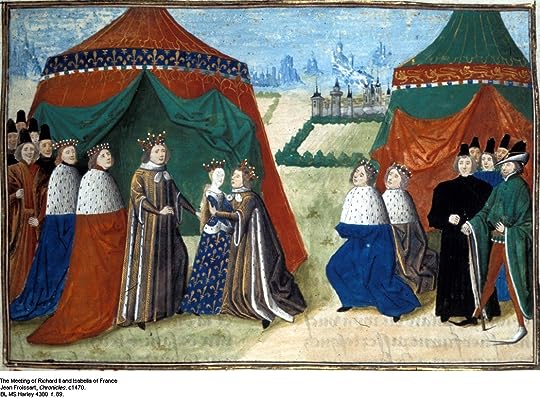 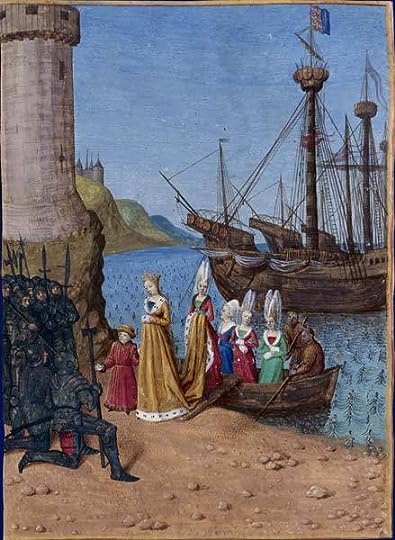 PART IV: MARGARET: A Great and Strong Laboured Woman 1430-1482: Margaret of Anjou was not born to be a queen. It was not that she lacked royal blood flowing through her veins: she was directly descended, after all, from Philippe of Valois, the king who had succeeded to the French throne after the deaths of Isabella’s brothers. Like Isabella herself, she could trace her line back to Eleanor of Aquitaine and the Empress Matilda. 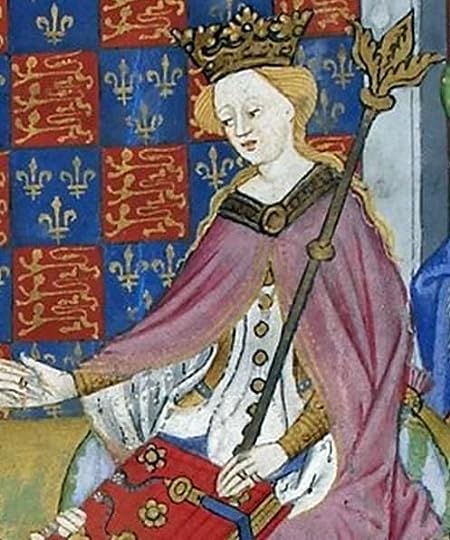 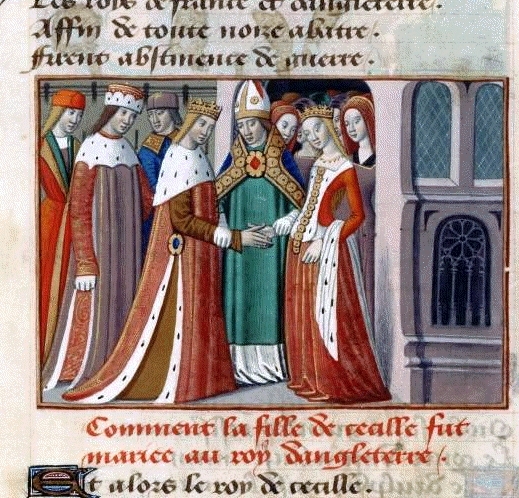 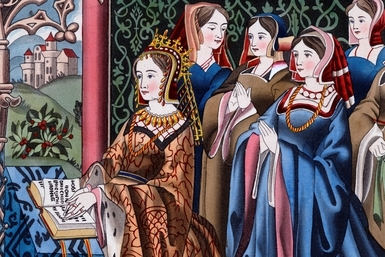 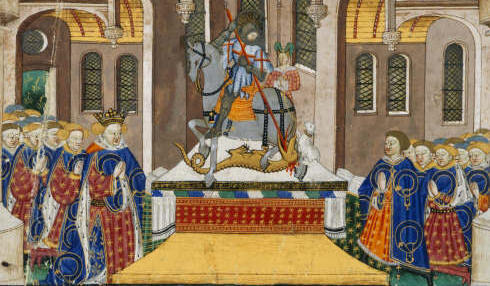 CR White Mughals
5* A History of England from the Tudors to the Stuarts
3* Rome and the Barbarians
4* Field Notes From A Hidden City
3* The King's Jews: Money, Massacre and Exodus in Medieval England
CR A History of Palestine 634-1099
3* Charlotte Brontë: A Life
3* The Alhambra
5* A Long Walk in the Himalaya: A Trek from the Ganges to Kashmir
3* Buddhist Warfare
4* A Gathering of Spoons
AB A Brief History of Roman Britain - Conquest and Civilization
4* Victorian Glassworlds: Glass Culture and the Imagination, 1830-1880
3* Food Safari
4* She-Wolves
3* India: A Portrait
2* The Archaeology of Ancient Sicily