Description: La Reine Margot (1845) is a novel of suspense and drama which recreates the violent world of intrigue, murder and duplicity of the French Renaissance. Dumas fills his canvas with a gallery of unforgettable characters, unremitting action and the engaging generosity of spirit which has made him one of the world's greatest and best-loved story-tellers.

Margaret of France (French: Marguerite, 14 May 1553 – 27 March 1615) was Queen of France and of Navarre during the late sixteenth century. A royal princess of France by birth, she was the last of the House of Valois.

She was the daughter of King Henry II of France and Catherine de' Medici and the sister of Kings Francis II, Charles IX and Henry III and of Queen Elizabeth of Spain. She was queen twice for she had married King Henry III of Navarre who finally became King Henry IV of France.

Alexandre Dumas, père's 1845 novel La Reine Margot is a fictionalised account of the events surrounding Margaret's marriage to Henry of Navarre. The novel was adapted into a 1994 French film, La Reine Margot, in which the role of Margaret was played by the popular French actress Isabelle Adjani. The main action of Shakespeare's early comedy Love's Labour's Lost (1594–5) is based on an attempt at reconciliation, made in 1578, between Margaret and Henry. 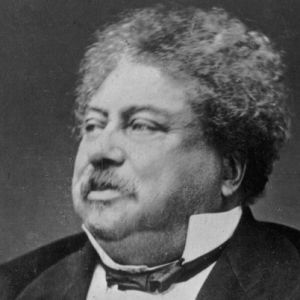