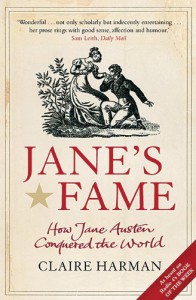 The myth of Jane Austen is of a demure spinster, unobtrusively writing masterpieces in the corner of the family sitting room. The reality was of an ambitious and spirited young woman who was part of a lively, bookish family and keenly attuned to the literary world of her time.

Episode 2: The last years of Jane Austen's life were a period of concentrated writing and business with publishers. Though largely cut off from the fashionable literary world, her fame was nonetheless beginning to spread.

Episode 3: The 19th century taste for the great, sprawling novels of Dickens, Thackeray and others left Jane Austen in relative obscurity for some decades. But public interest flared up again with her nephew's publication of the first biography in 1870, and gained a momentum that was now unstoppable.

Episode 4: By the early years of the 20th century, the cult of 'Divine Jane' had seized Britain and America. For the soldiers of the First World War, she came to represent an Englishness that was far removed from the terrible realities of life in the trenches.

Episode 5: The use of Jane Austen's name knows no generic boundaries. At the beginning of the 21st century we are witness to the spectacle of the young woman who happily limited her scope to 'three or four families in a country village' being marketed as a global brand.

Not a biography, rather the Austen phenomenon down the ages and the impact of her six novels being a terrific money-spinner for TV and film industry today. A gossipy, vapid offering.