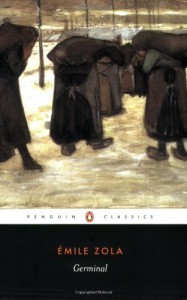 2/3. Etienne has to live without the girl he loves – Catherine, who now lives with Chaval. The strike is on in many of the company's pits and Etienne, now nurturing a growing ambition to fight for the proletariat, has become the respected leader of the comrades. But events spiral out of control after a secret midnight meeting in the forest.

3/3. The strike continues and the militia is now keeping guard over the mines. Etienne has been forced into hiding and the news leaks out that the mining company is recruiting workers from Belguim. Urgent action is needed.

Excellent production however nothing beats the intensity of the book.