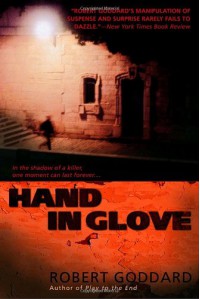 blurb - Tristram Abberley was an English poet of the 1930s whose reputation was sealed when he died fighting for the Republicans in the Spanish Civil War. Nearly fifty years later his sister Beatrix is murdered during what appears to be a robbery at her home, but robbery - it transpires - is only part of the motive that underlies her death. Beatrix is the victim of a dark conspiracy, one that her loved ones are powerless to defeat. But nothing is quite as it seems in a Robert Goddard novel. In a narrative that moves between Cheltenham and New York, Paris and rural Wales, Tunbridge Wells and wartime Spain, the conspirators themselves are caught up in a chain of dramatic events that are the consequences of meddling in the dark secrets of the legendary poet.