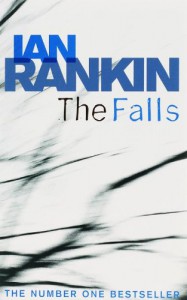 ** spoiler alert ** RE-READ in the form of Rebus TV series - looks good enough to me!

Edinburgh police detective John Rebus, Ian Rankin's popular series detective, is a brilliantly realized character, as moody, dark, and melancholy as Edinburgh itself. In The Falls, he's almost certain that missing university student Philippa Balfour is dead, but he's less sure how she died or what her misadventure has to do with the tiny doll in a hand-sized coffin that turns up near a waterfall on the Balfour family estate. It's not the first coffin found near the scene of a crime; could Philippa be the victim of a serial killer? The only other lead the police have is a cryptic e-mail from someone called Quiz Master, inviting Philippa--and then constable Siobhan Clarke, who responds using Philippa's screen name--to join him in a bizarre scavenger hunt that might lead Clarke to Philippa's body, her killer, or her own death.