The Wooden Overcoat by Pamela Branch 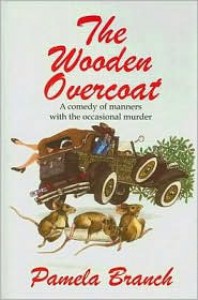 Clifford Flush founded the Asterisk Club in Chelsea to provide a home for wrongfully acquitted murderers, being one himself. Qualified prospective members need only to name the club as beneficiary in their wills in order to avail themselves of its comforts and unique services.

I think I have read this before - marvellous!