Fingers in the Sparkle Jar: A Memoir by Chris Packham Recommended to Bettie☯ by: Laura
Recommended for: BBC Radio Listeners
Read from May 06 to 15, 2016 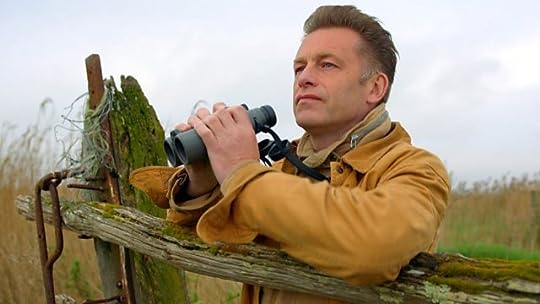 Description: Chris Packham is a naturalist, nature photographer and author, best known for his television work. But in his lyrical and painfully honest new memoir, he reveals the life-events which would eventually shape him and change him forever.

Chris brings to life his childhood in the 1970s, from his bedroom bursting with birds' eggs and jam jars, to his feral adventures. But throughout his story is the search for freedom, meaning and acceptance in a world that didn't understand him.

This unconventional and uncompromising memoir moves back and forth through time, capturing a child's view of the 60s and 70s - the music, the clothes, the cars - alongside recent, more exposing recollections from adulthood.

Episode 1: Chris begins his recollections as an introverted, unusual young boy, isolated by his obsessions and a loner at school.

2/5: Chris continues to remember his difficult childhood, discovers the taste of tadpoles and encounters some bullies.

3/5: Chris decides that animals are easier to trust than people. He makes a nocturnal escape through his bedroom window, finds treasure up a tree and falls in love.

4/5: Chris takes a kestrel from its nest, forming an all-consuming friendship which will eventually teach him hard lessons about love and loss.

5/5: Chris concludes his painfully honest memoir. He is a confirmed outsider - almost overwhelmed - but determined to do things his way, on his terms.