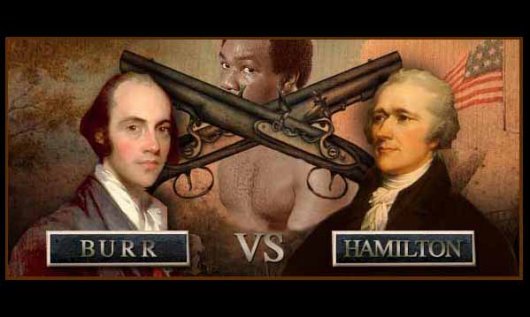 Description: Burr is a portrait of perhaps the most complex and misunderstood of the Founding Fathers. In 1804, while serving as vice president, Aaron Burr fought a duel with his political nemesis, Alexander Hamilton, and killed him. In 1807, he was arrested, tried, and acquitted of treason. In 1833, Burr is newly married, an aging statesman considered a monster by many. Burr retains much of his political influence if not the respect of all. And he is determined to tell his own story. As his amanuensis, he chooses Charles Schermerhorn Schuyler, a young New York City journalist, and together they explore both Burr's past and the continuing political intrigues of the still young United States.

Opening: 1833: One: A Special Despatch to the New York Evening Post: SHORTLY BEFORE MIDNIGHT, July 1, 1833, Colonel Aaron Burr, aged seventy-seven, married Eliza Jumel, born Bowen fifty-eight years ago (more likely sixty-five but remember: she is prone to litigation!). The ceremony took place at Madame Jumel's mansion on the Washington Heights and was performed by Doctor Bogart (will supply first name later). In attendance were Madame Jumel's niece (some say daughter) and her husband Nelson Chase, a lawyer from Colonel Burr's Reade Street firm. This was the Colonel's second marriage; a half century ago he married Theodosia Prevost.

The ingenue narrator of this fictionalised biography is one Charles Schuyler. There is energy and a strong didactic oppositional stance to the narrative that will indubitably appeal to state citizens and USAphiles.

The curtain-raiser to Leggett's continuing drama occurred when he was cashiered from the navy for fighting a duel. At the court-martial he insulted his commanding officer with a tirade of quotations from Shakespeare. (p. 15)[heh] 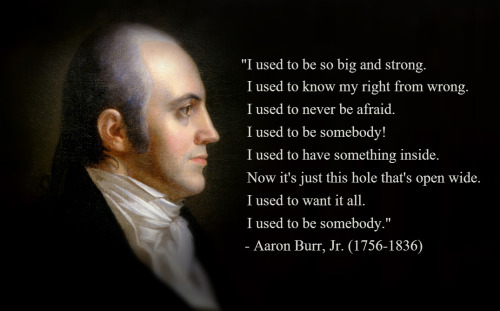