My History: A Memoir of Growing Up by Antonia Fraser Recommended for: BBC Radio Listeners
Read from December 04 to 18, 2015 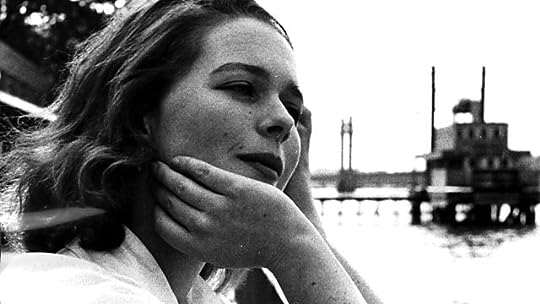 Description: The early life of historian Lady Antonia Fraser. Her memoir describes growing up in the 1930s and 1940s but its real concern is with her growing love of History. The fascination began as a child - and developed into an enduring passion. She writes, 'for me, the study of History has always been an essential part of the enjoyment of life'.

Born Antonia Pakenham, the eldest of the eight children of the future Lord and Lady Longford, her childhood was spent in Oxford where her father was a don at Christ Church. Evacuation at the beginning of the war to a romantic Elizabethan manor house near Oxford was an inspiration for historical imaginings. There were adventures in Anglo-Ireland at Dunsany Castle and Pakenham Hall, each offering her treasured links to the past, which became private obsessions.

North Oxford wartime life included four years as one of the few girls then admitted to the Dragon School for Boys, followed by time at a convent school after her family's conversion to Catholicism. Antonia's father joined the Labour Government in 1945 as a Minister, which provided an odd background for exploits such as working in a Bond Street hat shop and a season as a self-made debutante. A job in publishing, by a fortunate coincidence, followed Oxford University and then the dramatic leap forward with the publishing of Mary Queen of Scots, which became a worldwide bestseller to general amazement - including that of the author.

The first episode of My History begins with the 4-year-old Antonia Pakenham being given Our Island Story by her godmother, a book whose impact reverberated through her life and inspired her to write history.

2/5: the teenage Antonia immerses herself in the world of Georgette Heyer and sees the world very much through romantic eyes, but she still enters the school history prize competition.

3/5: Antonia has converted to Catholicism as is pressured to become a nun. But she wants to be a journalist in the tabloid press and become a Deb - choices that come under critical gaze from the nuns who teach her and the Socialist mother who regards Court as frivolous.

4/5: the author falls in love with a young man, as her love of history matures and deepens at university. However, work struggles to compete for the attention of a young woman living and working in London with a new found appreciation for nightclubs.

5/5: Antonia Pakenham - now Fraser after her marriage to MP Hugh Fraser - writes her first serious book, a biography of Mary Queen of Scots, transforming her life.