The Martian Chronicles by Ray Bradbury Recommended for: BBC Radio Listeners
Read from November 23, 2011 to September 14, 2015
blurb - The people of Earth are preparing for war - a war that could potentially destroy the planet. Explorers are sent to Mars to find a new place for humans to colonize. Bradbury's Mars is a place of hope, dreams, and metaphor - of crystal pillars and fossil seas - where a fine dust settles on the great empty cities of a silently destroyed civilization. It is here the invaders have come to despoil and commercialize, to grow and to learn - first a trickle, then a torrent, rushing from a world with no future toward a promise of tomorrow.

The Earthman conquers Mars... and then is conquered by it, lulled by dangerous lies of comfort and familiarity, and enchanted by the lingering glamour of an ancient, mysterious native race.

This starts in Bradbury's future, January 1999 and his take on the first successful manned mission to Mars is splendidly irreverent. The Earthmen are so full up with their own importance, success and agenda that they are totally phased by the indifference they are greeted with - lot like some *cough* countries, eh?

There is a background noise where Bradbury is trying to tell us Earthmen that we already live a messed-up mentality and are trying to spread it around the universe and as such, this is a horror story written poetically, Bradbury's deceptive and descriptive narrative is beautifully penned. 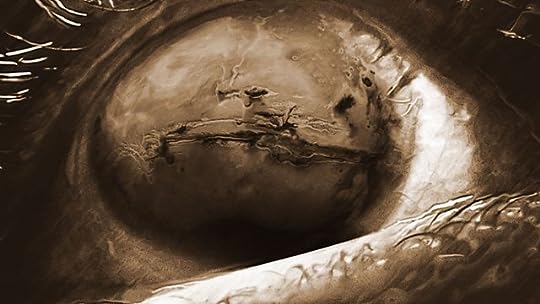 When the first expedition to Mars mysteriously disappears, Earth sends a second to find out what happened. But the real mission is classified. And only Captain Wilder knows the truth.