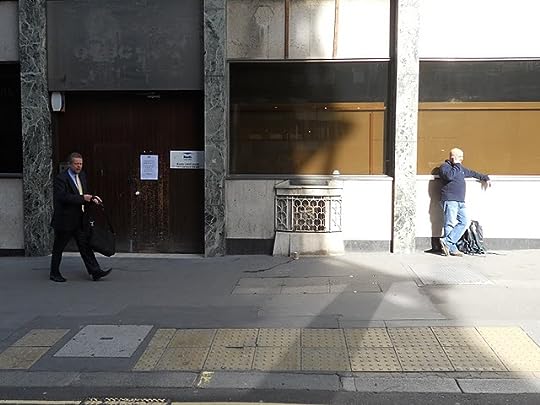 The London Stone behind its Victorian grill. Cannon Street.

Description: In Tuesday’s Gone, a London social worker makes a routine home visit only to discover her client serving afternoon tea to a naked, decomposing corpse. With no clues as to the dead man’s identity, Chief Inspector Karlsson again calls upon Frieda for help. She discovers that the body belongs to Robert Poole, con man extraordinaire. But Frieda can’t shake the feeling that the past isn’t done with her yet. Did someone kill Poole to embroil her in the investigation? And if so, is Frieda herself the next victim?

A masterpiece of paranoia, Tuesday’s Gone draws readers inexorably into a fractured and faithless world as it brilliantly confirms Frieda Klein as a quintessential heroine for our times.

Strapline: The mind is a dangerous place to hide...

Opening: Maggie Brennan half walked, half ran along Deptford Church Street.She was talking on the phone and reading a file and looking for the address in the A-Z.

In some ways this series mildly reminds me of the Bryant and May series by Christopher Fowler, what with the odd snippets of forgotten London and all.

This book takes off a year and a month after the end of 'Blue Monday' and the storyline is a continuance so it would be preferable to read them in order to gain the nuances.

Love this series and wish #3 was on my TBR shelves right now.

The Capgras delusion is a disorder in which a person holds a delusion that a friend, spouse, parent, or other close family member (or pet) has been replaced by an identical-looking impostor.
wiki sourced 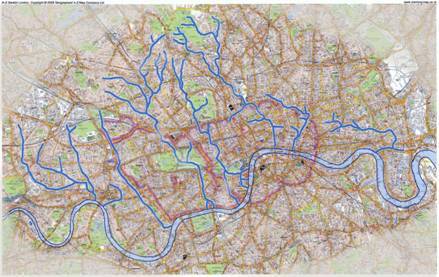 From east to west these are the Black Ditch and the Walbrook, 3 rivers rising on Hampstead Heath – the Fleet, Tyburn and Westbourne